Change is the only constant, and the only normal.

How things change within a span of a few months every time when the stock market is concerned. Suddenly, my portfolio has been pushed up a few notches and I am close to breaking even on my paper P/L. In fact, now XIRR and TWR have both crossed and went above the zero line.

The US election probably helped, but I’m not sure for how long more. I found the news regarding the working vaccine rather timely, and thus exuberated the excitement of investors worldwide. A new tax policy could probably be implemented due to the change in reign of the democratic party. I guess we’ll see how things play out in the coming years.

Now, back to the COVID-19 situation. When I go out on the weekends in the streets and malls of Singapore, I don’t see an ounce of fear from anyone. In fact, sometimes it gets so crowded that social distancing is just impossible. How do I stand a metre away from the kan chiong (anxious) auntie that is queuing behind me to get her value deals from the value store? Asking her to take a step back would just ensue a verbal tsunami that would otherwise expose me to more viruses. Any sane person would choose to stay quiet.

It feels as though things are back to normal, pre-COVID levels. In reality, at work, and in the stock market. Places are starting to open up and people have started socializing again. The only exception is that everyone has their faces half covered, and I kinda like having the literal option to hide your emotions sometimes behind the mask. :p

Will the economy return back to normal, as well? My opinion is that it should stay low for a while, for a few years at least for some industries. People will think twice of wanting to buy a new house, a new car, or taking a holiday trip to a nearby place if their incomes have been affected. The hit would real hard to those who still have families to feed. I hope if you are reading this, you are doing fine.

Actually, there were a couple of people who reached out to me during the past few months. During the crash and also after the crash. I have received some messages from people that they have been holding on to huge losses and emotions got into their way of things, and made them some stupid mistakes. Or in some cases, missed opportunities. Sometimes when I get these messages, I don’t know how to respond to them. Of course, I will never want anyone to do badly in the stock market. But to hear such news that happens to people who I may or may not know in real life is just upsetting. I wish I could have done something to help, but unfortunately it is beyond my control.

I haven’t been blogging, and I had to come back to this space to do some mental decluttering from what has been going on in my personal life. And yeah well, it’s the year end and performance appraisals are coming. Recently, I’ve been trying to deal with a difficult colleague at work, and it even lead me to read Sun Tze’s Art of War. Translated version, of course. It is indeed rather thought stimulating, though I would say that some famous parts of it have been reiterated from time to time by people, the application of it is a totally different story.

I have also been taking some time to catch up on shows, and I’ve completed watching Queen’s Gambit. The character of Elizabeth Harmon is impeccably identical to my own. A female wanting to stand out in a male dominated industry. Deep within me, I was always rooting for her and could even find how similar my personalities are to her, just less talented in chess. :p

This year I turn 30. It’s been 3.5 years since I started to take a change in my financial life. I’ll do the final portfolio review for 2020 next month as tradition. Hope that you had a great financial year as well.

I don’t know if we’re on the verge of recession. We can’t ever predict such things to happen. Just when the stock market is doing rather well this year (at time of writing, STI ETF time-weighted returns are at 8.32%!), I have also received a few pieces of bad news from a bunch of friends and colleagues.

If you’re in a similar industry with me, then you’ll know about the ongoing retrenchments around a few MNCs in Singapore. So far, I’ve personally known 3 friends who are affected by this this year, and they are only in their early 30s and 40s. END_OF_DOCUMENT_TOKEN_TO_BE_REPLACED

Okay… So I kinda went on a pretty long hiatus on my blog.

I do have some reasons why, but excuses are just excuses, and I know that people still read my blog, for some reason.

Title is pretty self explanatory, and it really means that I’m back to give a quick update on my life so far. And well, to keep my blog “on track”. And probably myself too.

I actually contemplating on not blogging, like forever. END_OF_DOCUMENT_TOKEN_TO_BE_REPLACED 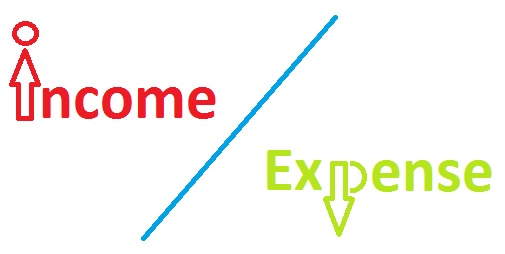 It is time for my expenses review again for the first quarter of 2019. Also, I decided to make this year’s goals more visible by arranging them into a nice table. Unfortunately, this doesn’t make them easier to achieve, just visually more appealing. 😀

I blogged about my financial and expenses goals and there are five particular goals that I wanted to strive for on my financial journey 2019. END_OF_DOCUMENT_TOKEN_TO_BE_REPLACED

The second month of 2019 doesn’t bring too much happenings in my portfolio, apart from the fact that I have moved some of my funds around. I committed to being more aggressive with my fund allocation this year and pushed most of my extra funds into stocks within the past two and a half months.

In February, I made a divestment in AEM and sold all my shares at $1.06 per share. I can say that this decision has been rather quick, and although I did mention before that my target price for this stock was supposed to be $1.31, the actual intrinsic value based on more conservative calculations is in the range of $0.96 to $1.03. END_OF_DOCUMENT_TOKEN_TO_BE_REPLACED

So 11.11 happened over the weekend and usually I’ll be stuck in front of my PC trying to find good deals. For this year though, I didn’t buy a single thing nor went to any website to look for something, for the sake of buying something. It just felt like I didn’t need anything, and I am thinking if it’s related to my minimalistic approach to stuff now.

The cycle goes something like this. The less I purchase, the more I know what I need, and I can be selective with my money. And being a natural cheapskate towards myself, it is easy to say “no” when it comes to unnecessary evil.

In fact, I don’t even shop all that more when I’m overseas.

Well, alright. Perhaps I am guilty of some splurges on food and anything that costs <$20 but costs >$20 in Singapore. END_OF_DOCUMENT_TOKEN_TO_BE_REPLACED 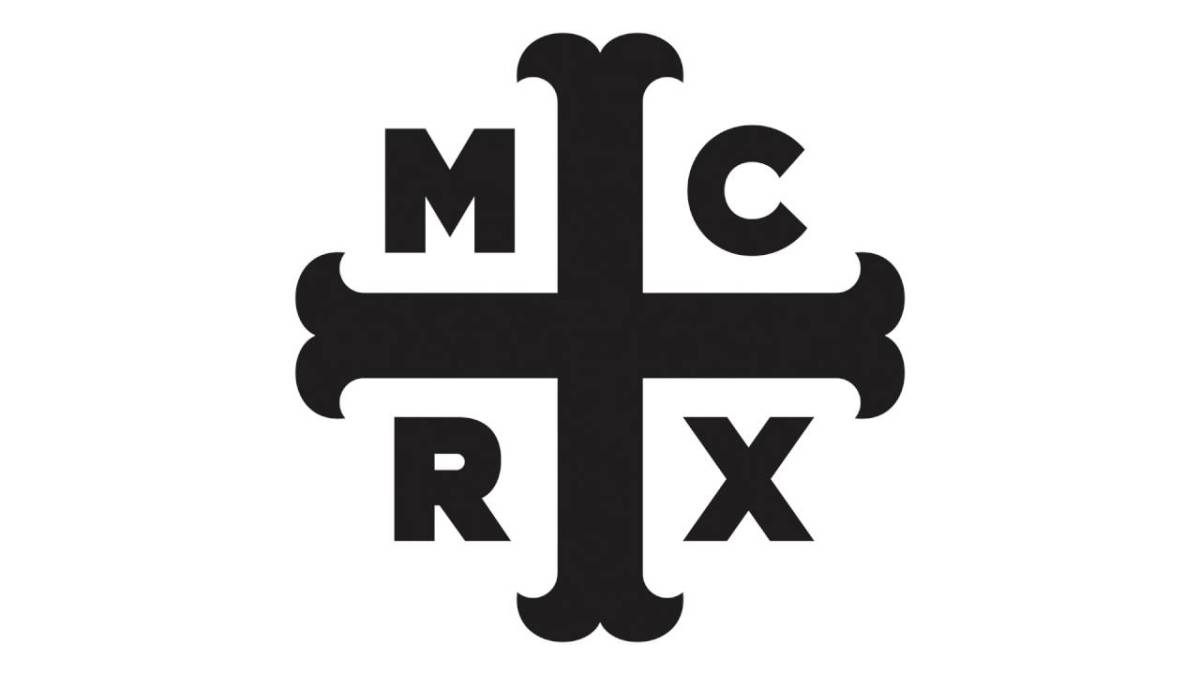 Today is the 22nd of March and it is time for me again to mourn about how MCR broke up. It has been officially 5 years since the devastating news was announced. Somehow, I find it hard to relate as much to music since then. In all honesty.

I remember watching how Gee was addicted to drugs and booze when they started to get huge (easy peasy pumpkin peasy pumpkin pie MF!). And again during Danger Days, and of course when they broke up. Similar thing happened to Mikey.

What is the best thing that you can do when shit happens to your bro? Write a song about it.

But really, it got me thinking. What’s the whole point? END_OF_DOCUMENT_TOKEN_TO_BE_REPLACED 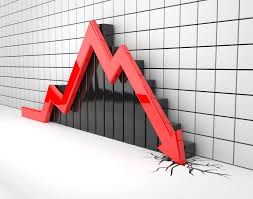 Having being fresh out of the oven from 9 months of investing, I finally got a mini bite of how a bearish stock market is like.

For the first time, I opened my MySGX app and all the stocks were red!

Only on Friday, things started to become slightly optimistic and recover again. Can this is considered a correction? But it only lasted a few days…

How did my portfolio do? Time weighted returns are negative, and underperformed the STI. -1.46% against 0.03%. I am actually doing badly in 2018. That’s not very nice. END_OF_DOCUMENT_TOKEN_TO_BE_REPLACED

Mr. 15HWW has recently posted an article about The Booming Electronics Sector. I made some comments on that article but honestly, there was so much more that I wanted to say but couldn’t in a small text box. It actually kinda made me pretty motivated to talk about how it’s like being an engineer, and where else can I talk to people that I don’t know? Thus, the birth of this post. (Thank you 15HWW for the inspiration!) END_OF_DOCUMENT_TOKEN_TO_BE_REPLACED 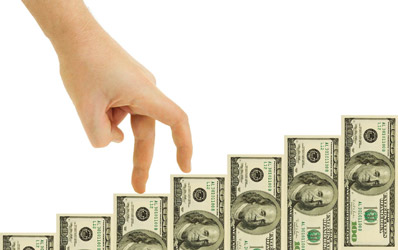 2018 has just started to set in and I told my colleagues yesterday that it feels like nothing much has changed – at work at least. Life still goes on, work still goes on, CPF interest is in, Nikko AM STI ETF went XD two days ago… Yeap pretty much the same…

…except that there’s actually a lot more stuff going on now as compared to the beginning of last year.

2017 to me was a great year, in fact, much greater than what I would have expected myself to achieve. END_OF_DOCUMENT_TOKEN_TO_BE_REPLACED

I am Miss Niao, and I live on a sunny island called Singapore. I’m 28 and this blog is a record of my journey to financial freedom. I hope that you learn something here and thank you for popping by! :)